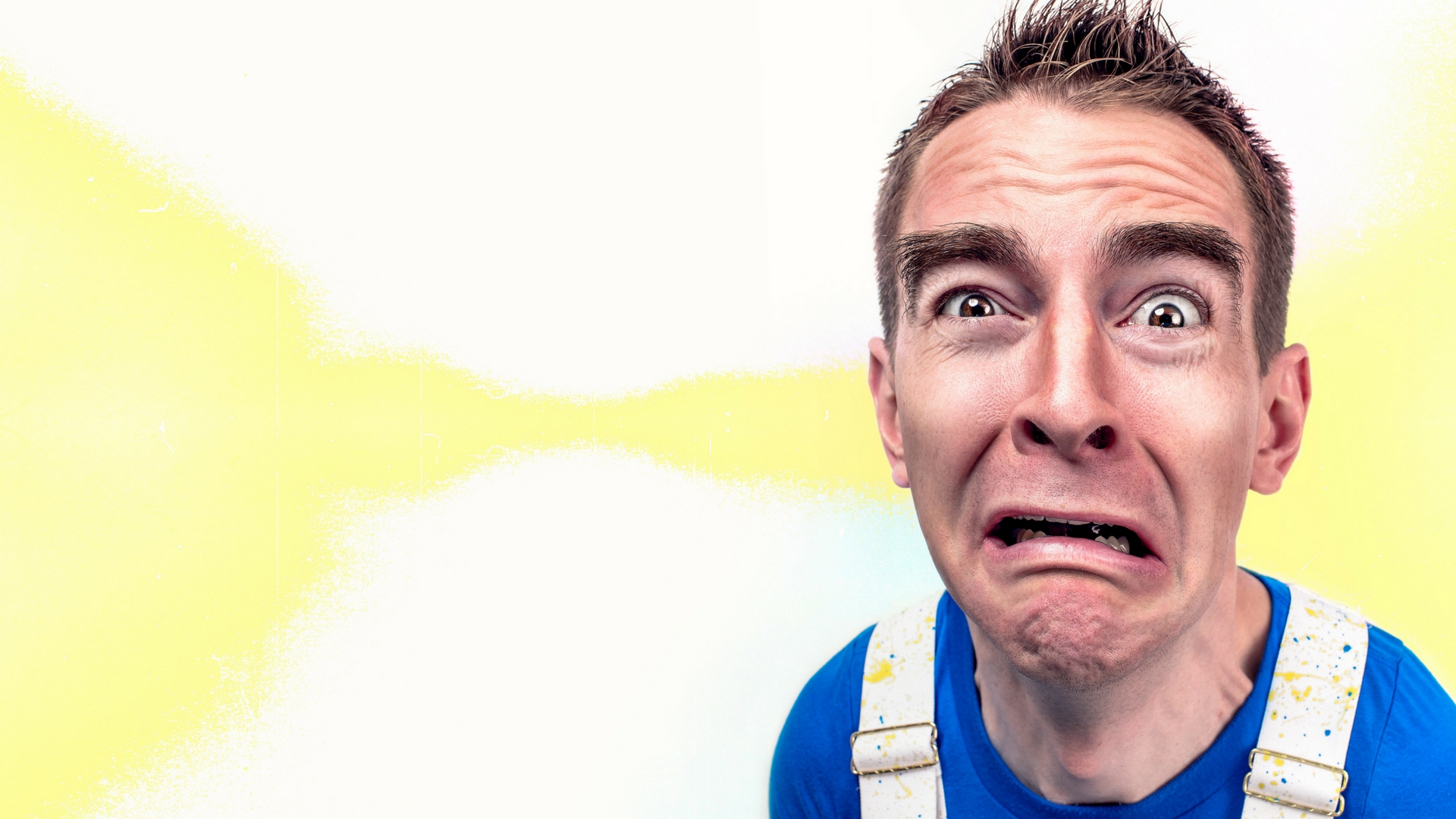 A First-Time Father’s Journey Into Lamaze

I have gained new wisdom of such things in an experience called “lamaze class” that I will share with you now.  Lamaze class, men, is crazy.

Going in, I thought it was all about pillows and ice chips and hoo-hoo-heeeee.  It’s not.  It’s like 7th grade health class all over again, except your assistant football coach with the super short shorts isn’t teaching it and there’s a beautiful pregnant woman beside you, elbowing your ribs and whispering things like, “I hope you’re taking notes” and “What are you tweeting about now?“

(If that’s exactly what your 7th grade health class experience was like, that’s either seriously messed up or 100% awesome.  But I digress.)

There are people you’ll meet in lamaze class who you’ll probably be co-hosting high school graduation parties with 18 years from now and other people who you’ll want to punch in the throat/uterus region seconds after meeting them.

There are ghastly simulations of pseudo-births involving sinister, androgynous baby dolls through real human pelvis skeleton parts that will haunt your dreams forever.  (If you’re lucky, your doll won’t have soulless eyes and an unfortunate front-butt like ours did.)

There are pictures you can’t unsee and words about your female significant other’s anatomy that you can’t unhear.  They are scorched into the deepest recesses of your brain by a chipper woman named Mandy who might or might be a sociopath and ohmygosh luh-huh-huuuuves Baby Coldplay!  You will see these godforsaken images again and again and again on the drive home and probably immediately before you die an old, lonely man whose last words are “Mucous pluggggugghghghgkkkgh.”  (More on all that later, though…)

All of us expectant couples were encouraged to sign in and, if we so desired, anonymously fill out a card with our honest answers to the question “What do you think lamaze is all about?”  Two brave men (out of approx. 10) submitted their cards into the box up on the front table as their proud wives watched approvingly.  The instructor read the first entry and beamed with satisfaction:  “Lamaze is a method of disciplined training clinically proven to reduce the fear and pain commonly associated with childbirth through helpful relaxation and breathing techniques.”  Mine followed:  “Breathing and some creepy videos none of us will want to see?”  (Then I put a smiley face.)

We were given our name tags and class materials and told – I couldn’t make this up if I tried – that the pieces of construction paper that were now safety-pinned to our persons were precisely the same dimensions as fully dilated cervixes.  Friends, don’t be that guy who sees the wonder in this and declares to the entire class, “Oh my goodness, that is amazing that someone actually cut all of these paper cervixes out.”  Trust me, your wife will be embarassed.

Up next was a semi-awkward ice-breaker in which we all tried really hard to care about each other’s due dates, baby names, and birth plans.   Because that’s what everyone normally talks about 17 seconds after meeting a room full of strangers.  The spectrum of answers ranged from “I want an epidural and a quart of Chardonnay right now” to “We’ve actually chosen to honor the Earth by delivering our baby in the waters of Borneo with the aid of two dolphin soul guides named Lotus and Gratitude.  What are your thoughts on the plight of the endangered Sri Lankan elephant?”

(For the record, the sketch couple that reeks of patchouli and looks like they came back from a long summer at the ashram outside Mumbai are the ones you’ll want to punch in the throat/uterus.  Wait to do so until after they ask the instructor about composting with their child’s placenta.)

Speaking of the word placenta, you’ll hear it spoken so much in two hours that it will lose its meaning entirely yet somehow still make you throw up a little in your mouth every time you hear it.  If you’re like me and think that rearranging the letters of placenta in your head into something more stomachable (Iike anclepat, maybe) will serve as a good distraction to the grossness of the word, you’re wasting your time.  All that will come to mind is a slimy, bloody, baseball glove of an organ that will one day flop out of your beautiful wife’s body like a drunk octopus.  Accept it and soldier on, brother.

If you thought placenta or mucous plug were gross, just wait until you hear how many times the term discharge is casually tossed around in class.  It’s obscene.  The only discharge I even remotely ever want to hear about is an honorable one from the Marine Corps, let alone the various degrees of odors and colors of a stranger’s (“Is it milky?  Is it green?  Does it smell like chunks of rotten cheese and would you like to see mine?”  OHGODPLEASEMAKEITSTOP).  And it’s always “your” discharge and “your” vagina and “your” bloody show that get talked about (do NOT look up that last one).   Mandy, I implore you on behalf of the men in the room, please say “one’s vagina” instead.  Oh, look.  There’s ol’ Downward Dog and Moonbeam over there just eating it up, writing sonnets in Sanskrit about episiotomies on their biodegradable pads of hemp paper and watching some Blind Melon music video on repeat in their heads.  Of course they are.

Soon enough, everyone’s on the floor on the pillows we brought from home/stitched together by hand using the hair of baby alpacas high in the Himalayas, breathing “cleansing” breaths, finding our “happy places” (legit quote), while the strains of “Now That’s What I Call Windchimes for Labor Vol. 19!” frolic about our eardrums like woodland nymphs, inviting us into a world of serenity and tranquility.  Who knows, maybe Moonbeam will bring us into a mystic trance by playing the homemade didgeridoo she brought back with her from her adventures in Narnia.

In her relaxed state, your wife may put your hand upon her stomach to share in the joy of feeling the small human inside of her turning about like an alien rotisserie chicken.  You will be 50% amazed and 50% 100% disturbed.  You may soon find your mind drifting to 529 college savings plans or car seats that need to be installed in a minivan you don’t own yet or how the female rectum kind of looked to you like the uterus’ sweet ponytail in the anatomy video awhile back.  Don’t disrupt her zen.  This is the most peaceful moment she’s had all day since she saw you wake up fully rested, not pregnant, and kind of sweaty.

Be sure to help your wife up off the floor, friend.  She may at this point compare herself to the other women in class and confide in you that she feels like an “ugly, beached whale.”  Do not under any circumstances say anything like “You’re not ugly” or “You’re not a beached whale” without refuting the other half of her (100% false) claim.  Such an insufficient response from you may lead to retorts from her such as “So I’m apparently a beached whale/ugly/sleeping alone tonight?”  Also, do not mention any of the other women in class, UNLESS the thought of Moonbeam’s child playing hacky sack in her granola-filled uterus gets your wife to laugh, then cry nanoseconds later, then ask you if you if have a cupcake.

As you carry her purse and pillows to the car, remember to ask her where she went for her happy place.  If your wife’s reply is as epic as mine (“Cheesecake Factory” – thank you, Jesus), you’ll know you have found the woman you were created to love, support, and do absolutely anything for.  You don’t deserve her, she’s amazing, treat her like the queen she is.

PS – I just remembered that a random dude definitely asked the instructor if it’s “normal” for “all women” to “um…defecate” during birth (he actually said “um” before “defecate”).  Let the horrified look on his wife’s face be a warning to us all:  do not be that guy who asks about labor poop.  (And yes, apparently every woman in all of history has pooped while giving birth.  It’s science.)